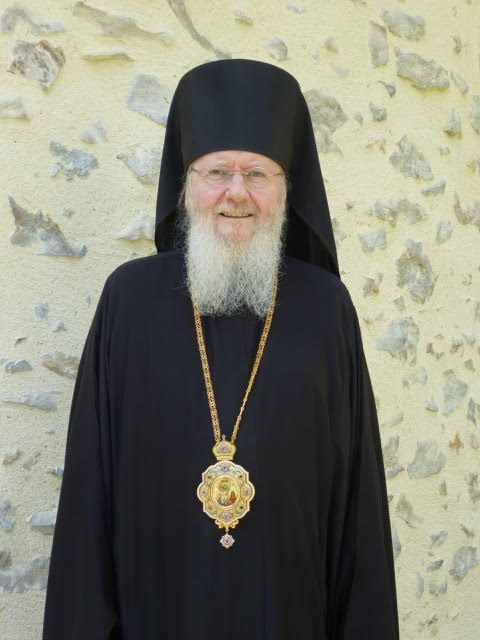 Member of the Episcopal Committee

Bishop Simeon (civil name Gérard Cossec) was born on December 12, 1942, in Levallois-Perret, France. He holds a scientific baccalaureate, a teaching diploma and a technical draftsman. He did his military service from 1963 to 1965.

He received theological training at the Cistercian abbey of Cîteaux and continued his specialization in liturgical theology of the Eastern Churches at the Catholic Institute of Paris.

He has been a social worker, a professional consultant for the unemployed.

On August 1, 1990, with the blessing of his spiritual father, Archimandrite Sophrony (Sakharov), disciple of Saint Silouane of Mount Athos, he founded a monastery in honor of this saint near Le Mans, and was its superior.

On September 24, 2000, he was elevated to the rank of Archimandrite by Bishop Innocent of Chersonese.

A decision of the Holy Synod of the Russian Orthodox Church, dated October 12, 2007, granted him canonical leave and he then joined the Exarchate of Russian Churches in Western Europe within the Patriarchate of Constantinople.

On October 7, 2019, the Holy Synod of the Russian Orthodox Church welcomed, at its request, the Archdiocese of Russian Tradition Churches in Western Europe into the Moscow Patriarchate. The Synod has also confirmed that it welcomes in the jurisdiction of the Moscow Patriarchate any clerics and parishes of the Archdiocese who wish to do so. According to this decision of the Synod, “the Archdiocese retains its mode of diocesan and parish leadership, as it has been established during its history, in particular the uses instituted by Metropolitan Euloge, taking into account the specificities of the entity. ecclesial he led in Western Europe, and of certain decisions of the Council of 1917-1918 ”.

On January 24, 2020, the General Assembly of the Archdiocese of Traditional Russian Churches in Western Europe, Archimandrite Simeon was elected Vicar of the Archdiocese. On March 11, the Holy Synod of the Russian Orthodox Church ratified this decision, giving the new vicar the title of Bishop of Domodiedovo.