The Archdiocese is an Orthodox ecclesial entity uniting the churches of Russian tradition in Western Europe, founded in 1921 by the Holy Patriarch Tikhon and entrusted to the metropolitan Euloge. Canonically attached to the Patriarchate of Moscow, the Archdiocese is headed by His Eminence the Metropolitan John of Doubna. Faithful to its spiritual and liturgical roots in the Russian tradition, it retains the specific features of its ecclesial and pastoral functioning as established by the Moscow Council of 1917-1918 as well as the heritage of its own tradition. The head office is located 12 rue Daru, Paris 8th, near the Saint Alexander Nevsky Cathedral. Attached to it are: the Orthodox Theological Institute of Saint Serge , five monasteries and skites, about sixty parishes, spread over seven European countries. About 75 priests and 30 deacons provide pastoral service. 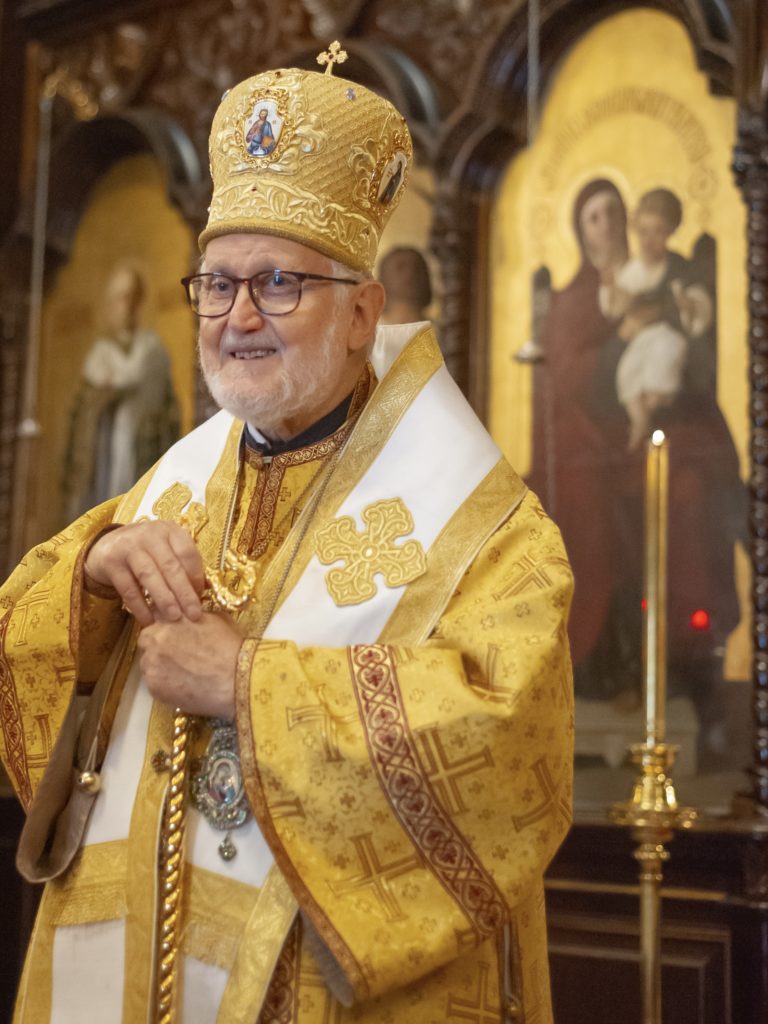 Letter from the Metropolitan John of Dubna to H. E. Metropolitan Nicholas of Eastern America and New-York, First Hierarch of the ROCOR

Celebration of the Centenary of the Archdiocese 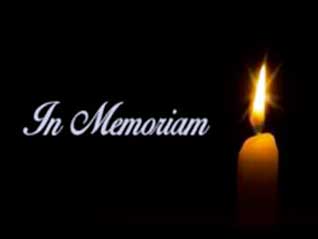 In Memoriam of the hierodeacon Petroc 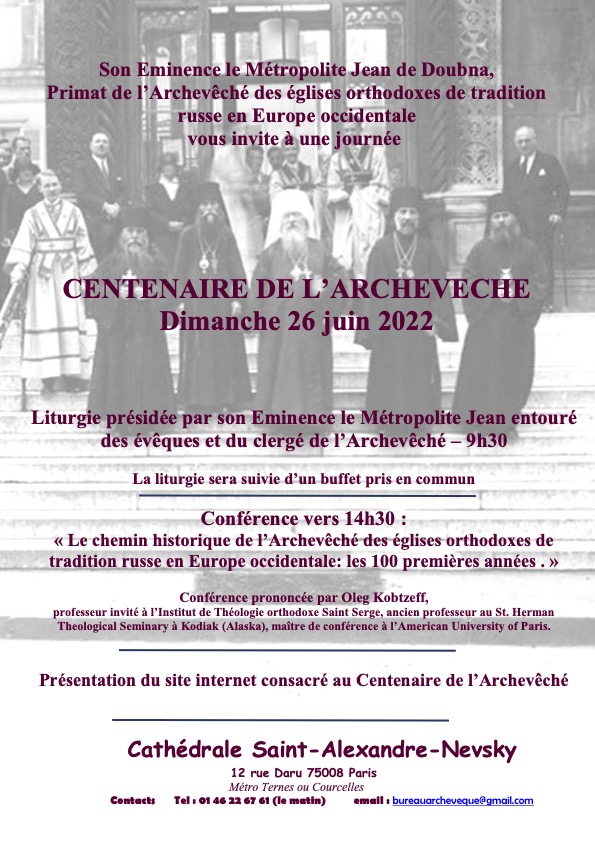 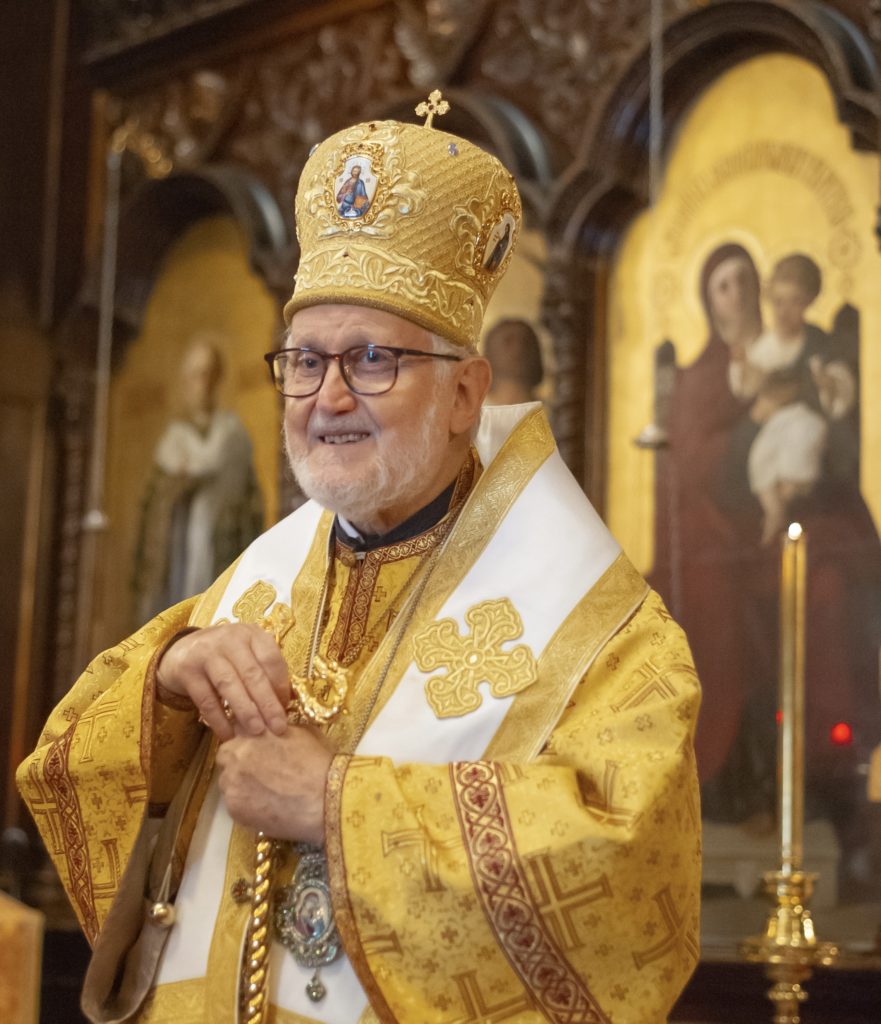 Paschal Message of His Eminence, Metropolitan John of Dubna, 2022 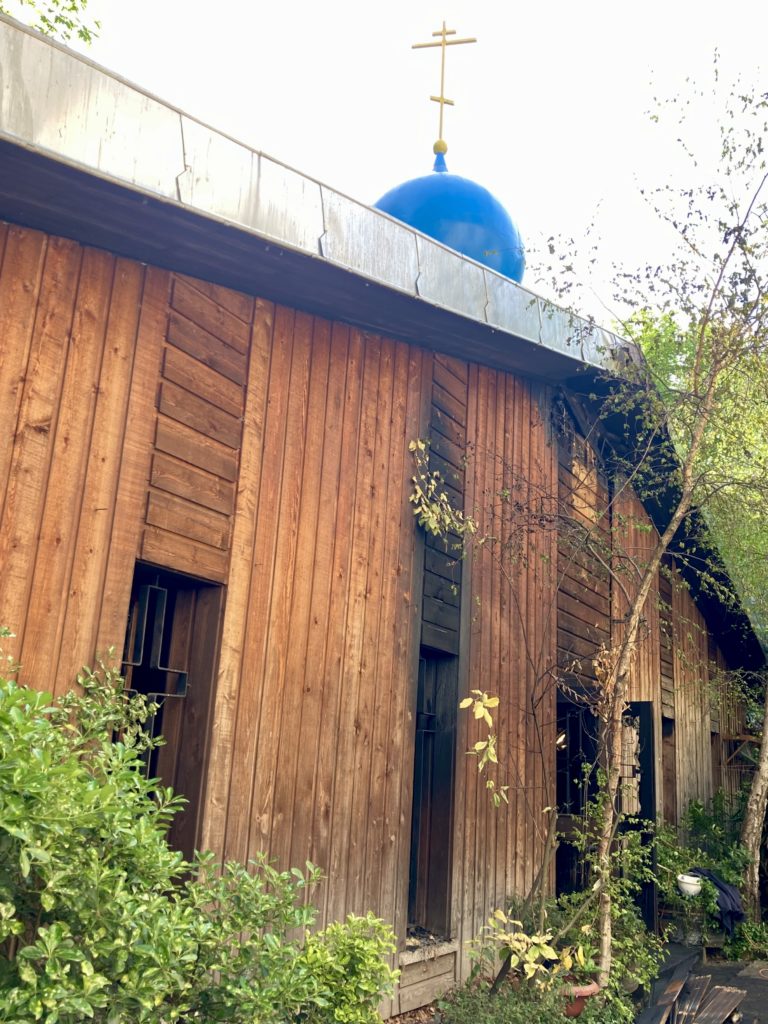 OPEN LETTER to HIS HOLINESS KYRIL, PATRIARCH of MOSCOW

MESSAGE of Patriarch KIRILL of Moscow and All Russia, dedicated to the 100th anniversary of the feat of the New Martyrs and Confessors 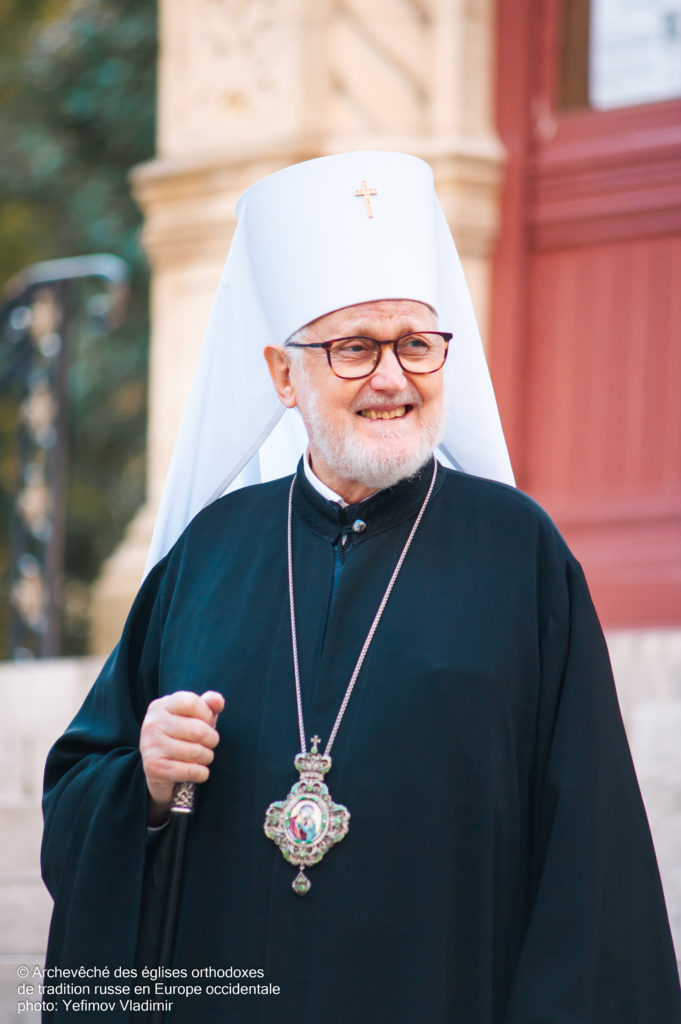 The Christmas Message of Metropolitan John of Dubna