His Eminence Metropolitan Jean of Dubna, on behalf of the clergy and faithful of the Archdiocese of Orthodox Parishes of Russian Tradition in Western Europe, in Deanery of Great Britain offer his heartfelt condolences to the Royal Family and the entire people of Great Britain for the passing of the beloved and revered Sovereign, Queen Elizabeth II.   May the Lord grant her eternal rest and number Her among the Righteous. 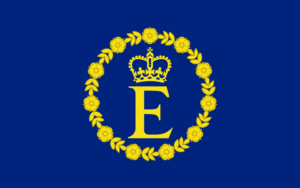 May her memory be eternal!

Orthodox Christians of the United Kingdom are requested to offer their prayers for the soul of Queen Elizabeth, as well as for the peace, stability, and the longevity of the Royal Family, the Armed forces and all in Civil Authority, and all communities in the British Isles.

God save the King!